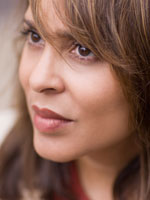 These poems will be published online as part of MoMA’s current exhibit “One-Way Ticket: Jacob Lawrence’s Migration Series and Other Visions of the Great Movement North,” which includes materials on loan from Emory’s Manuscript, Archives, and Rare Book Library (MARBL). Trethewey and Young are among 10 poets selected for this honor.

David Blumenthal, Jay & Leslie Cohen Professor of Judaic Studies in the Department of Religion, is the subject of a recently published book, David R. Blumenthal: Living with God and Humanity. Edited by Hava Tirosh-Samuelson and Aaron W. Hughes, the book is the seventh in the series Library of Contemporary Jewish Philosophers.

Richie Hofmann, a Creative Writing Fellow in Emory College, has won the Beatrice Hawley Award for Poetry, given annually by Alice James Books. The award includes publication of a book-length poetry manuscript and a cash prize of $2,000. Hofmann’s first book of poetry, Second Empire, will be published in November 2015 by Alice James Books.

Jeffrey Lesser, Samuel Candler Dobbs Professor of History and chair of the Department of History, and Eric Goldstein, associate professor of history, are among contributing authors to the winner of the National Jewish Book Award. Both have chapters in the anthology 1929: Mapping the Jewish World, edited by Hasia R. Diner and Gennady Estraikh and published by New York University Press.

It is with great pleasure that we announce that Kevin Young, Atticus Haygood Professor of English and Curator, Raymond Danowski Poetry Collection, has been awarded the 2013 PEN Open Book Award for The Grey Album: On the Blackness of Blackness (Graywolf Press). His book was also a finalist in criticism for the National Book Critics Circle Award.

The PEN Open Book Award was created by PEN American Center’s Open Book Committee, a group committed to racial and ethnic diversity within the literary and publishing communities. The award confers a $5,000 prize upon an author of color.

From the Judges’ Citation for The Grey Album

Like Duke Ellington’s fabled, Harlem-bound A Train, Kevin Young’s The Grey Album: On the Blackness of Blackness propels us across a panorama of African American history, creativity and struggle with a lightning-brisk brilliance and purpose. Here’s what happens when an acclaimed poet makes his first foray into nonfiction: madcap manifesto and rhapsodic reportage create a formidable blend of scholarship and memoir that tackles cultural and personal history in one breath. Young goes far beyond just being a documentarian of American Black identity—he shows us how Black identity is indispensable to American culture. The Grey Album is an ambitious, exhilarating, impassioned work of Black literary and cultural criticism, unlike any other—an inspired, sweeping book that deserves to be savored and celebrated. 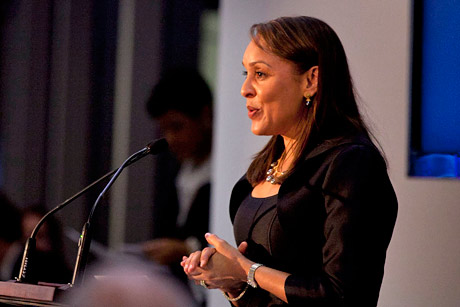 Natasha Trethewey, Robert W. Woodruff Professor of English and Creative Writing and director of the Creative Writing Program at Emory University, has been appointed to serve a second term as U.S. Poet Laureate Consultant in Poetry by Librarian of Congress James H. Billington.

“The Library and the country are fortunate Natasha Trethewey will continue her work as Poet Laureate,” says Billington. “Natasha’s first term was a resounding success, and we could not be more thrilled with her plans for the coming year.”

“All of us on the Emory campus, along with members of the broader Emory community, are proud and enthusiastically supportive of the work Natasha has done to share the creative power of poetry with the entire nation,” says Robin Forman, dean of Emory College of Arts and Sciences. “Throughout this past year, with the increasingly overwhelming demands on her time, Natasha has remained engaged with our students, and with our Creative Writing program, and we look forward to another year of having Emory’s commitment to the humanities energized by her work as Poet Laureate.”

During her second term she will undertake a regular feature on the PBS NewsHour Poetry Series where she will team up with a NewsHour correspondent to do a series of on-location reports exploring social issues in various U.S. cities. 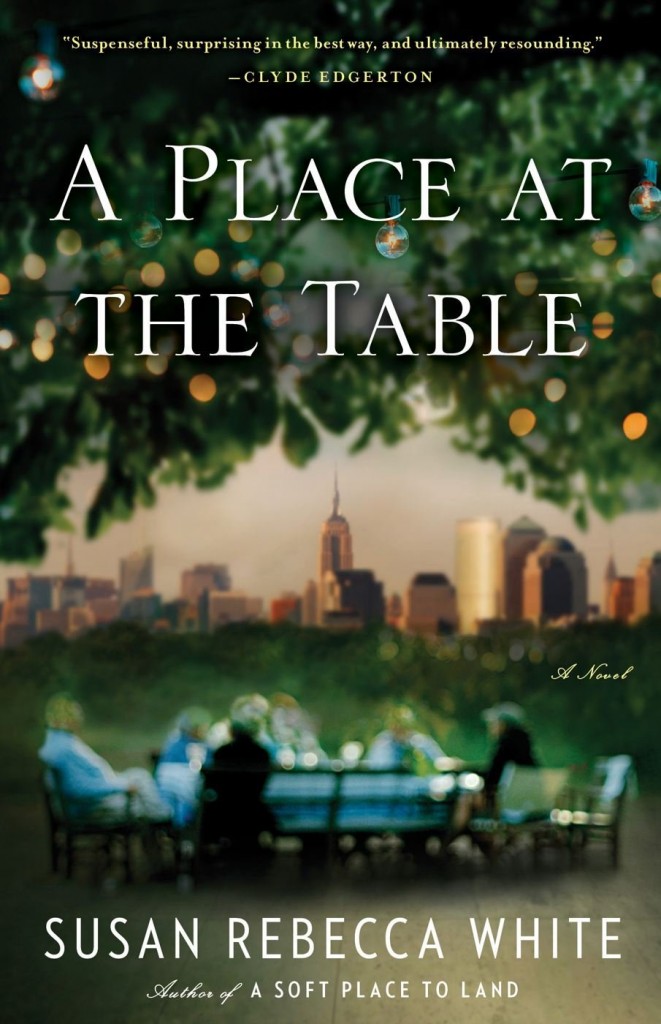 Susan Rebecca White, a lecturer in the Creative Writing Program, is receiving great early notices on her third book, A Place at the Table, from booksellers. The American Booksellers Association chose it for its “Indie Next List” for June of 2013 (an honor it shares with the debut novel of Emory’s own alum, Anton Dislafani) and the Southern Independent Booksellers Alliance has selected it as a 2013 Summer “Okra Pick.”

The fictional book has Georgia roots, just like its author (born and raised in Atlanta). White’s story was inspired by the true-life relationship between Edna Lewis, a well-known African-American chef and author of the classic A Taste of Country Cooking, who was befriended in her later years by chef Scott Peacock, both of whom lived in Atlanta for quite a few years.

You can learn more about the book and read excerpts on White’s homepage.

U.S. Poet Laureate and creative writing instructor Natasha Trethewey has been named a 2013 member of the American Academy of Arts and Sciences, one of the nation’s oldest and most prestigious honorary societies and a center for independent policy research.

Trethewey, who is Robert W. Woodruff Professor of English and Creative Writing and director of the Creative Writing Program at Emory, is serving as 19th Poet Laureate, and is in residence through May 2013 at the Library of Congress in Washington, D.C. She is the author of the Pulitzer Prize-winning poetry collection, “Native Guard” (2006), which Atlanta’s Alliance Theatre will adapt for the stage in 2014 as part of the National Civil War Project.

Since its founding in 1780, the Academy has elected leading “thinkers and doers” from each generation, including George Washington and Benjamin Franklin in the 18th century, Daniel Webster and Ralph Waldo Emerson in the 19th, and Albert Einstein and Winston Churchill in the 20th. The current membership includes more than 250 Nobel laureates and more than 60 Pulitzer Prize winners.

Why I Write: Natasha Trethewey on Poetry, History, and Social Justice (2010)

Natasha Trethewey Reads a Poem from “Beyond Katrina” (2010)

Emory alumna, writer Anton DiSclafani, returns to campus to deliver a reading on Wednesday, January 30 at 6:30 p.m. in the Jones Room of the Woodruff Library. DiSclafani will also hold a public colloquium Thursday, January 31 at 2:30 p.m. in the Calloway Center on Emory’s campus. Both events are free and open to the public with a book signing to follow the reading.

DiSclafani graduated from Emory in 2003, where she majored in English and Creative Writing. She received her Master of Fine Arts from Washington University in 2006, where she currently teaches fiction and nonfiction. Her first novel, The Yonahlossee Riding Camp for Girls, will be published in summer 2013 by Riverhead, a division of Penguin Group, who purchased the manuscript for a reported seven-figure deal, a remarkable accomplishment for a first novel.

In addition to her reading on January 30, DiSclafani will hold a free colloquium for Emory students and the community on Thursday, January 31, during which she will discuss her creative process and answer questions from the audience.

DiSclafani’s visit to campus is a part of the Emory University Creative Writing Program Reading Series, bringing international writers to the Emory and Atlanta community. All events are free and open to the public. 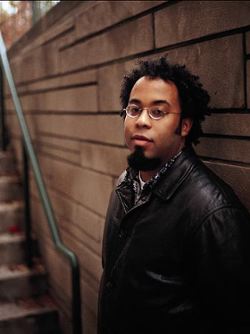 Kevin Young has won the 2012 American Book Award in Poetry from The Before Columbus Foundation for his collection, Ardency: A Chronicle of the Amistad Rebels (Knopf).

The Before Columbus Foundation was founded in 1976 as a nonprofit educational and service organization dedicated to the promotion and dissemination of contemporary American multicultural literature. The goals of BCF are to provide recognition and a wider audience for the wealth of cultural and ethnic diversity that constitutes American writing. In 1978, the Board of Directors of BCF (authors, editors, and publishers representing the multicultural diversity of American Literature) decided that one of its programs should be a book award that would, for the first time, respect and honor excellence in American literature without restriction or bias with regard to race, sex, creed, cultural origin, size of press or ad budget, or even genre.

Don’t take our word for it. CollegeDegree.com ranks Emory as the number one school for writers in the U.S. According to them:

1. Emory University (Atlanta, Georgia): Ask anyone for the best schools for writers, and Emory will inevitably emerge. With a plethora of outstanding minds flocking to and from Emory every year (be it guest lecturers, students, or alumni), it is no wonder why Emory would be a prime place for a budding writer. Emory offers extraordinary flexibility to its students; the only required course of all English majors is Poetry. Emory also allows English majors to double major in creative writing through Emory’s very own undergraduate Creative Writing program, which offers workshops spanning over several genres, including poetry, fiction, creative non-fiction, playwriting, and screenwriting. Students looking for more personal settings with professors will be happy to find that most English classes cap at 15 students, while the largest cap at 25.

Natasha Trethewey on why she writes